I recently read an article that conducted a study on high school sport specialization and the risk for lower extremity injuries. It was conducted with 29 high schools in Wisconsin and it involved 1500 students equally divided, male and female. 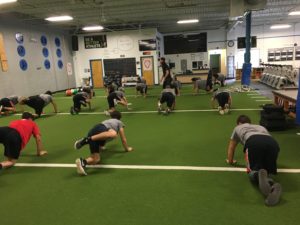 The study asked several questions to determine what was considered “specialization” in one sport along with indicating 50% participated on a club team outside the school setting, and 15 percent of those individuals did so while simultaneously competing in a different sport within the school. Seventeen (17) percent of the student-athletes indicated that they took part in 60 or more primary sport competitions (school and club) in a single year. Among those student-athletes in this group who sustained new lower-extremity injuries during the year, 27 percent were athletes who specialized in one sport.

What are your thoughts on early specialization in one sport?